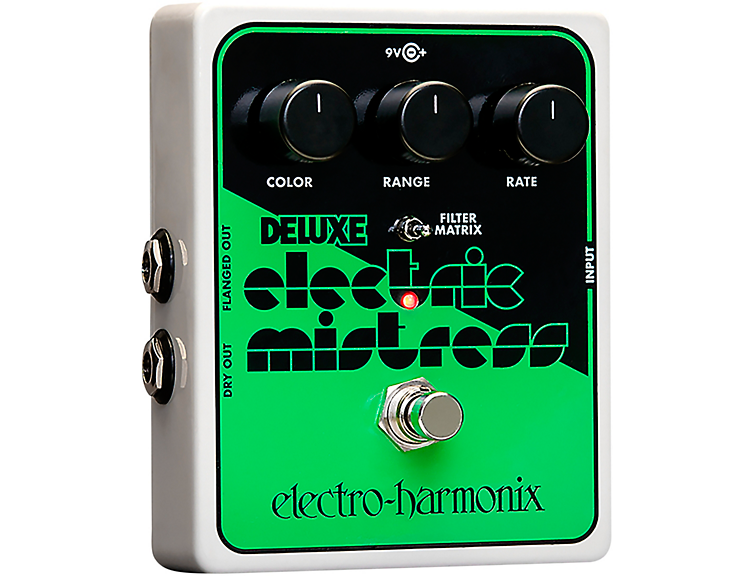 "The classic Deluxe Electric Mistress Flanger is now available in a compact die-cast package with a number of enhancements to make the venerable analog pedal more user-friendly for today's pedal board using players. The circuit remains true to its roots, but power is now supplied via a standard EHX9.6-200mA power supply which the pedal comes equipped with, or a 9 volt battery. True Bypass switching ensures maximum signal path integrity when the effect is switched off, and an LED has been added to indicate when the effect is engaged.

The original Electric Mistress was introduced in 1976 and the Deluxe version followed two years later. Throughout its decades-long history, musicians have consistently been captivated by its rich, resonant flanging and unique Filter Matrix effect. In that mode the modulation waveform is disconnected from the flanger circuit, freezing the flanger and creating a matrix of filters. It enables a musician to achieve effects like the sound of chimes being played in unison with his or her instrument."