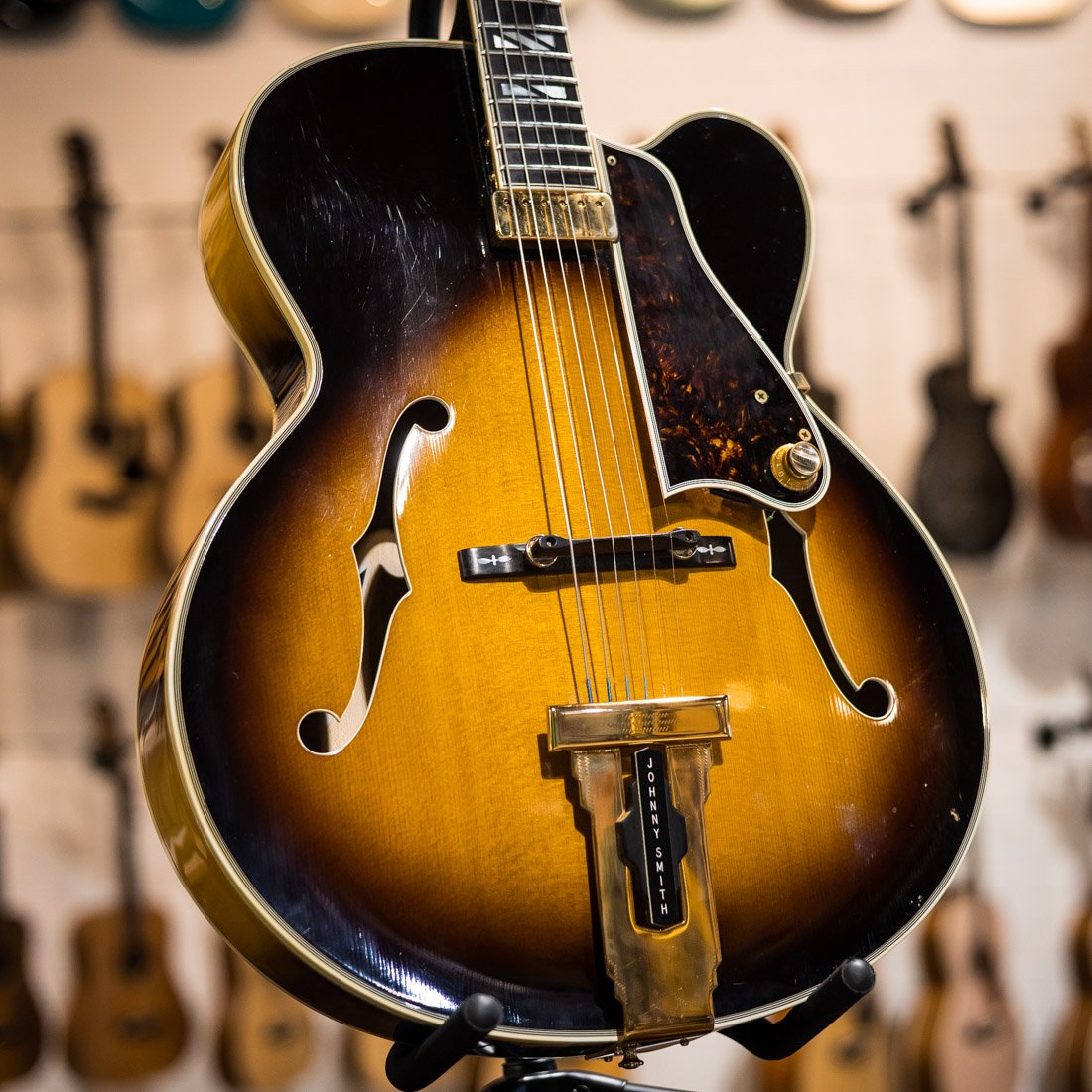 You are viewing photos of the actual guitar being sold

This rare all original 1978 Johnny Smith hollowbody is in fantastic condition for its age. There are some minor signs of use here and there around the guitar in the form of dings and minor surface scratching, but nothing that inhibits that playability of it. The neck is straight and very smooth and there aren't any buzzing or dead frets. All of the electronics are original and work just as they should and this comes along with the original cord for it. This ships with the original Gibson hard shell case which also shows a bit of wear, but not bad for +40 years old. As far as rare vintage archtops go, good luck finding one in better condition.

Johnny Smith was one of the legendary jazz guitarists to emerge from the late 1940s New York jazz scene, being made famous by tracks such as Moonlight in Vermont, which he recorded with Stan Getz.

His Gibson signature guitar became commercially available from 1961, with a single pickup initially, and an optional bridge pickup from 1963. The initial (June 1961) US price was $795 for a Sunburst example, or $810 for a Natural; the most expensive guitar in the 1961 Gibson price list. The model was initially called the 'Johnny Smith model' - this was until the two pickup version was launched in '63, when, to differentiate them, the guitars were given model codes JS and JSD. But the name Johnny Smith was always present in Gibson literature. This was until the June 1976 Gibson price list - from this point onwards, and in all Gibson catalogues, the model was simply referred to as JS / JSD.

The neck pickup was not mounted into the guitars top, but was attached to the neck. Likewise controls and input jack are all mounted to the scratchplate.

It's wide body is beloved by jazz players for it's full, rounded tone, and the playability of the neck is exceptional. Add to that the single cutaway, incredible sunburst, and art deco styling, and you've got the flagship of the vintage Gibson archtop line.